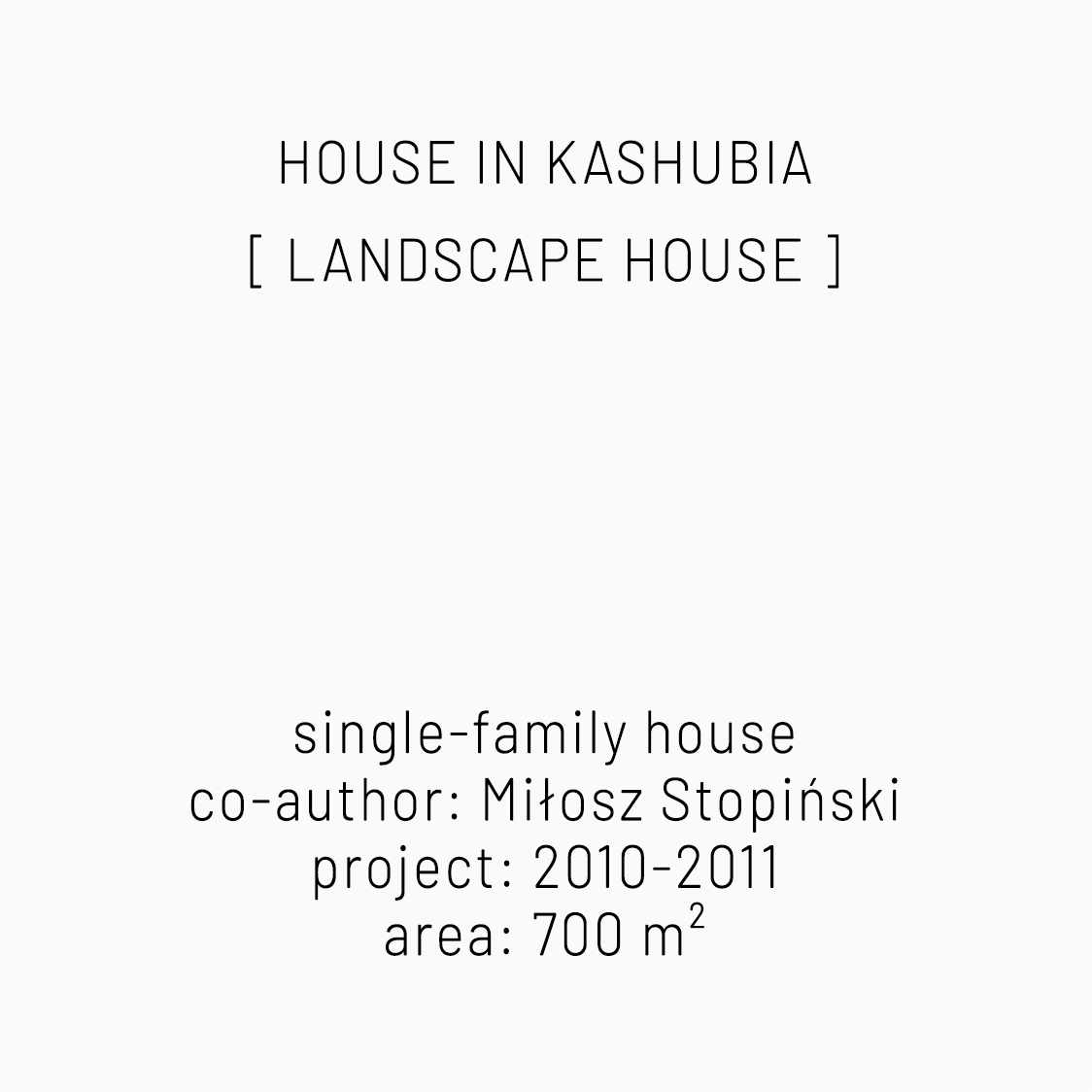 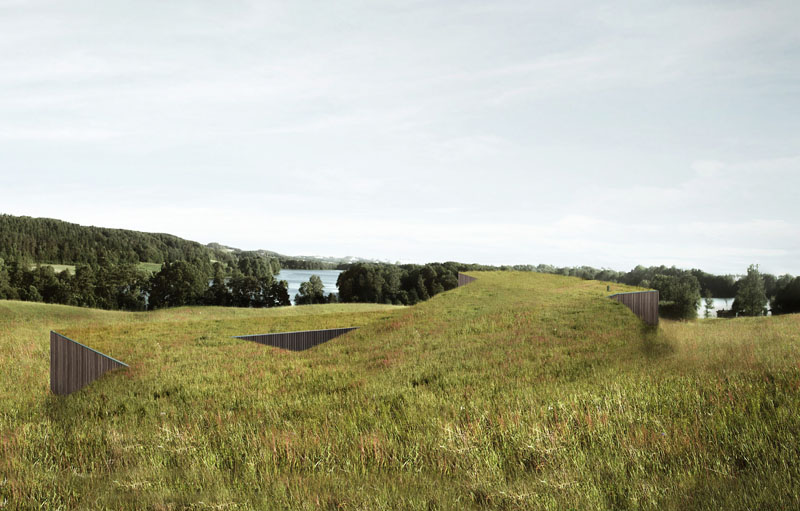 Picturesque hill with a southern hillside facing surrounding lay-by of the lake. Wavy, exposed peak of an elevation, seen from the water, is a natural picture frame enclosed by the line of woods. Area is situated in the Kaszubski National Park, free from any buildings in the direct neighbourhood.

Design a single-family house in a non-trivial form, harmonizing with the landscape and nearby environment. At the same time satisfy a well-developed functional programme (garage for 3 cars, 3 bedrooms + 2 bathrooms + bath lounge, 2 private offices, cloakroom, expanded day area, easily accessible garage-kitchen way, strong link between living area and the garden) maximizing benefits of the view potential and southern exposition of the slope.

Area of the lot is situated in immensely exposed spot. Unaware architecture intervention could ruin harmonic composition of the scenery. What is more, the formal indications from the local preservation plan of the park specify the parameters, which determine the universal type for the optimal development. Guidelines, created to protect the landscape, in this specific case would lead to the certain failure of the project: single powerful accent of the traditioninaly formed volume, based on a pedestal lined crosswise the hill. This kind of solution would be a composition desolation.

Form of the building is an irregular loop, gently uprising and following the smooth curvature of the elevation. Volume has been shaped in a way to fade the psysical boarder between the nature and the architecture. The house does not firmly stand on but appears from the terrain, like an outcropped rock. Greenness of the meadow doesn`t lose its continuity, growing along the roof of a building. Architecture interference is almost unseen from the hill top, so that picturesque panoramic view on the lake stays untouched. The composition isn`t just a simple camouflage. Seen from the southern side, the glass and wooden voulme, without the false modesty, accents its presence in the bare slope. That kind of building shape defends its right to distinct form and function on the one hand and creates a new, conjoined character on the other.